Squeezing a bit of extra speed from your boat.


In medium winds have you ever noticed how some sailors seem to manage to get more speed out of the boat, and gradually seem to be able to point higher? I certainly have, it has been something I have been working on for the past few years, and while I am definitely not a master at it, I think I can claim a level of competence.


This is something quite specific I am going to write about and is really a technique to look at once you have upwind sailing pretty well sorted and you are searching for that extra bit of speed.


Over the past weekend I was coaching a keen group of young Laser sailors, the focus was predominantly upwind speed, on Saturday constant heel was a phrase that often cropped up, and I talked about how you could feel the increase in pressure associated with more wind, through your legs and bum. By reacting to this it is possible to resist the push with your weight and squeeze the boat forward, and possibly slightly closer to the wind. On the Sunday I was in a Laser Radial doing some 2 boat tuning runs with one of the sailors. It was this that gave me a greater understanding of what is happening and the advantage it gave. 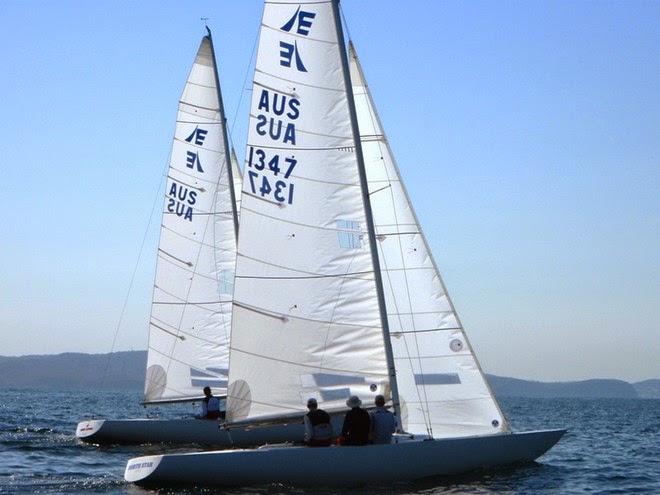 Two Boat tuning run.
To set the scene, we had both boats sailing upwind parallel to each other, both of us were sat on the edge of the gunwale but not hiking. Initially both boats were about the same speed, then we sailed into a small band of increased pressure, while the other Laser heeled slightly and was then brought flat, I felt the increase in pressure, in response rocked my shoulders outboard and resisted the push of the deck, this squeeze gave me a real sense of acceleration and I almost instantly gained about a third of a boat length. The other sailor had let his boat heel which wasted the winds energy and pushed the boat sideways ever so slightly. While he got up to speed by pumping his boat flat again that was distance he couldn’t make back up. 30 seconds later the same thing happened, and within a few minutes I had gained over a boat length of distance forwards. Additionally I had managed to point slightly higher in each wind band, so had gained about a boat width advantage directly upwind as well.


Essentially it is just keeping the boat flat (or at a constant angle of heel) however it is not quite as simple as that.


As you feel an increase in wind pressure, this is usually felt through whatever you have in contact with the side deck, resist the push and press the deck down using your weight. I like to think of squeezing the juice from Oranges, or squeezing a bar of soap between both hands. The net result is the soap shoots forwards. Often the increased flow over the foils allows you to steer ever so slightly closer to the wind as well.


Hiking pads can dull the feel so in lighter winds think, do you need to wear them, or could you get by without?


It is quite a subtle feel and movement, and will take practise to get your response exactly right to a certain amount of pressure. Try sailing along concentrating on the feel through the backs of your legs, you can even close your eyes.
Sit upright with a straight back, this will allow you to gain the most effective leverage when you lean back.
As the wind increases you may be squeezing the mainsheet in at the same time, and easing it again when the pressure has passed.

This is a technique for Medium winds, (See my earlier post for a definition of this.) and relatively flat water states. The technique will change as the wind does. In my earlier description from my coaching, I have described the light end of the medium wind spectrum. In slightly stronger winds when you are mostly hiking you may find that you don’t have enough weight to give to resist the push in the gusts. When this happens squeeze as much as you can with your weight and also use the rudder slightly to squeeze the boat closer to the wind to gain height.


Try lining up with one or more other boats and have a drag race upwind. Afterwards be open and chat where gains and losses were made, by sharing you will all get better.


Once you are starting to depower and having to spill wind regularly you need to change gears and adopt your strong wind sailing style.